Biography of the Maestro

Dan Drzymalski’s musical interests began when he started to play the piano in 1st grade. When he was 13 years old, he was hired at St. Casimir's Church in Albany, NY, to be the organist for Polish and English Masses. He subsequently was sought after by multiple churches in the area to be the organist, and at one point was playing 8 Masses per weekend. Subsequently, he went to Cornell University, where he obtained a Bachelor's degree in Music and Biology. Specifically, he studied conducting under Professor Scott Tucker, and conducted a 50-piece orchestra as part of his senior thesis. In 2006, Dan moved to Boston to study at Harvard Medical School, and has been the organist and music director of Italian Masses at St. Leonard of Port Maurice Church in the North End ever since.

Dan is a musician of many varieties. He has a passion for choral direction, but he is also a conductor of the North End Chamber Orchestra, as well as the organist and cantor for St. Leonard of Port Maurice Church in the North End. He has recorded a CD with the St. Leonard Choral Society, and has performed throughout the world, including as a guest organist in Taipei, Taiwan. Dan Drzymalski commissioned the composition of "Dona Nobis Pacem" by Christopher Gainey for the Saint Leonard Choral Society. Besides music, Dan also enjoys his career as an anesthesiologist in Boston. 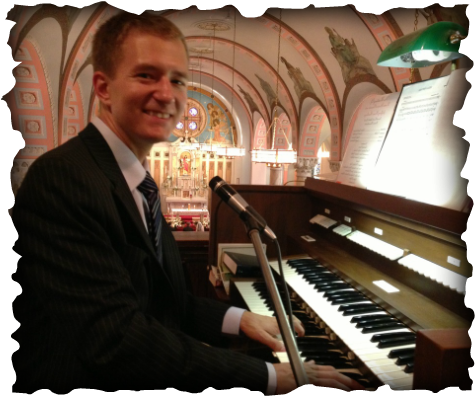 click here to go back to the leadership team